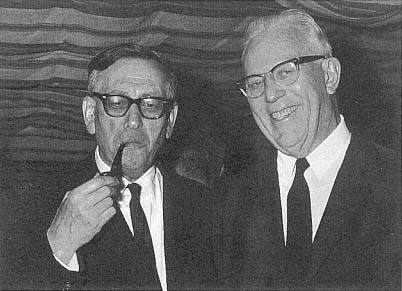 In the words of his biographer, Pnina Lahav, "Simon Agranat was to Israeli law what David Ben-Gurion was to Israeli politics.  He was a visionary founding father, [and] a passionate Zionist . . . .  During his tenure on Israel's Supreme Court, from 1948 to 1976, Agranat had a hand in every important political issue facing Israeli society."

Agranat was born in Lousville, Kentucky in 1906 to recent Russian immigrants and grew up in Chicago.  He went to college and law school at the University of Chicago.  In 1930, shortly after his admission to the Illinois bar, Agranat left for Palestine.  After a mandatory clerkship and admission to the Palestinian bar, he practiced law in Haifa.  In 1940, he was appointed as a Magistrate Judge (giving up his American citizenship to do so).  Though considered for one of the initial five appointments to the Supreme Court in 1948, Agranat was not appointed until January 1949 as its sixth member.

Off the bench, Agranat chaired an eponymous commission of enquiry to investigate why Israel had been caught off guard when Syria and Egypt attacked on Yom Kippur in October 1973.  The controversial report led to the removal of three generals from their posts but cleared the Prime Minister Golda Meir and Defense Minister Moshe Dayan.

Agranat is the subject of one full-length biography in English: Pnina Lahav, Judgment in Jerusalem: Chief Justice SImon Agranat and the Zionist Century (University of California Press 1997).