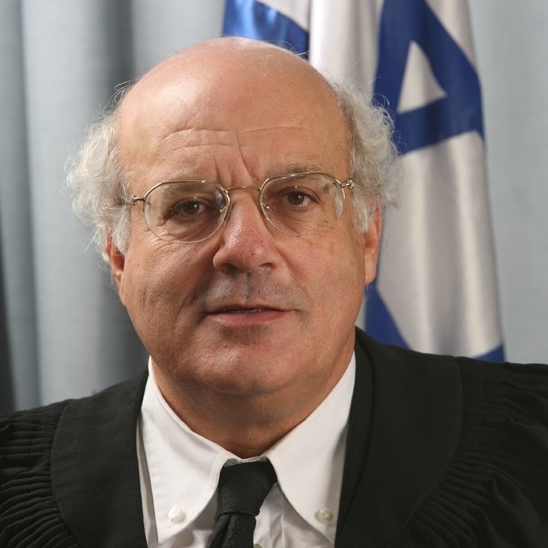 Hanan Melcer was born in Israel in 1951 to parents who where Holocaust survivors. He is married and the father of four sons. He grew up in Tel Aviv and attended high school at the Herzliya Hebrew Gymnasium, where he served as President of the Student Council. After high school, he was accepted as an Academic Reservist for the Israeli Defence Forces and in that capacity, he studied law in the Tel Aviv University, earning his law degree, magna cum laude, in 1973. He returned to the IDF for his regular army service during the Yom Kippur War in 1973 (and later reached the rank of Lieutenant Colonel in reserve duty). After he finished his regular army service, he was admitted to the Israeli Bar in 1977 and shortly thereafter founded a law firm of his own, which rapidly developed into one of the most prominent law firms in Israel, specializing in public law, communication law, and commercial law. As a lawyer, Justice Melcer served as Legal Counsel to several highly respected public and commercial groups and entities, such as Channel 2 News Company (the main TV network in Israel), for which he served as Chief External Legal Counsel from the date of its inception until his nomination to the Supreme Court. Within the framework of his law firm activities, he was also responsible for the legal aspects of key infrastructure projects in Israel, such as the Cross-Israel Highway, the Ben-Gurion Airport Terminal 2000 project, the Israeli initiative for a Mediterranean submarine wire communication cable, and the Israeli civil satellite.  From 1998 to 2002, Justice Melcer served as Senior Lecturer in Administrative Law in the Faculty of Law in the Bar-Ilan University. He has also lectured on Tender Law in the University of Tel Aviv and the Hebrew University of Jerusalem and led a seminar on Privatization Law and Liberalization in the Law Faculty of the Tel Aviv University. Justice Melcer was appointed Justice of the Supreme Court of Israel in 2007; he was sworn in as Deputy President on October 30, 2017.